We’ve all heard the term ‘work/life balance’ and, until recently, have no doubt tried to be mindful of this when navigating our lives. But now, more so than any other time in our history, this concept is being tested.

Firstly, many are no longer employed.  For those who still are, you may now be on reduced hours and income, and possibly being challenged by a totally new way of working.  Unemployment, reduction in income, and working from home makes it even harder to distinguish between work & life, let alone keeping it all balanced.

The normal way of doing things has been tossed up in the air, and we’ve had to reassess our patterns of behaviour.  What may have been a well-honed routine, has quickly become the old way, and with things continuing to change every day, routines have gone out the window.  And just when we think we’ve got it sorted, another directive, or rule or consideration turns it all on its proverbial head.  We’ve had no option but to become reactive, rather than proactive, and for many people, that’s a scary place to be.

And that’s just the doing stuff.  What about the ‘feeling’ stuff?  In addition to the myriad of thoughts and feelings that we deal with during normal times, many very new, unusual and frightening ones are also flooding in, and it’s no surprise that we’re finding it difficult to cope. As such, it is absolutely not surprising that the changes and upheaval of our present, and the absolute uncertainty of our future, have many people fearful that they are actually ‘losing their minds’.

So how can we redefine balance, and embrace it as part of who we need to become moving forward.  Easier said than done; human beings are creatures of habit.  Our brains like certainty and pre-established routines, so change is not something we naturally embrace.

However, given that we’ve had no choice to adjust in a physical sense since Covid-19 paid us a visit, maybe it’s timely that we consider ways in which we can alter our mental processes and capacity as well.

In essence, we need to train our brains to be open to new ways of thinking and accepting new habits, and to practice them so they become the new routine, and ultimately the norm.

As part of KEASE Internationals’ ‘Mental Wellness Post Covid-19’ series, I will be hosting two sessions of the ‘Redefining Balance’ webinar.

During these sessions we’ll look into what it means to be out of balance, why it happens, and most importantly, how, with the help of brain-based tools, we can learn to think more rationally, implement new routines and ultimately bring about some sort of mental balance. 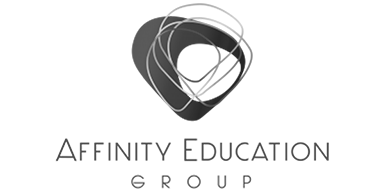 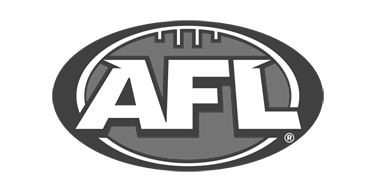 Sarah Yip has an authentic style that has connected with our people at all levels whether in small group workshops or full staff conferences. Sarah has incredible technical knowledge backed up by research or personal experiences. She has become a friend of AFL Queensland and a wonderful support to the development of our leaders and team members.

Sarah Yip is an authentic, people-focused facilitator that delivers fantastic results for both individuals and organisations. Her leadership courses with AFL Queensland Limited over the past three years has been outstanding. We cannot recommend her highly enough! 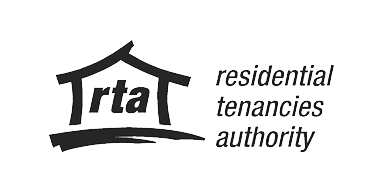 I recommend Sarah’s workshops to anyone that wants fresh, inspiring and enthusiastic energy unlike any other. 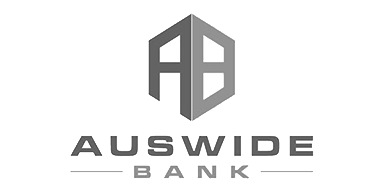 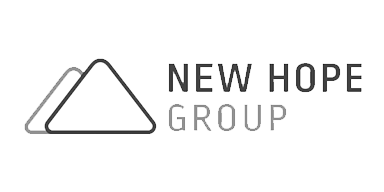 We partnered with KEASE International about 3 years ago with an initial engagement to deliver our Frontline leadership program.

We were very impressed with the high level of delivery of that program which inspired and engaged our supervisors that we quickly realised KEASE International had more to offer our business.

KEASE International is now an integrated part of our organisation with an in-depth understanding of what we do and how we do it along with an appreciation for where we are on our journey and what we are aspiring to achieve.

They bring latest thinking to collaborate and design targeted and bespoke programs which deliver measurable results for our business.  Along with that expertise they also bring energy and passion and the ability to relate to all levels of leadership. 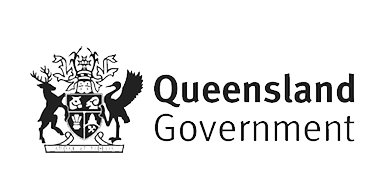 Sarah was my facilitator on an Emotional Intelligence program.
As my facilitator she made a lasting positive impact on my personal and professional development.
She has an innate ability to connect with her audience and share knowledge in engaging and innovative ways.
If you wish to unleash the potential of your workforce and empower your teams, engage the ever inspiring and authentic Sarah at KEASE and watch your workforce thrive.

As the People & Culture Manager at Brisbane Marketing; I have been working with Sarah Yip from KEASE International since November 2018 on a range of leadership and culture programs within our organisation.

Sarah is an extremely professional and exceptionally knowledgeable consultant who is well skilled at advising and guiding senior leaders on tackling complex and challenging business problems, from strategic leadership through to culture development and business coaching.

Since joining our team as a preferred consultant, Sarah has continued to wow the leadership team. After our first leadership team off-site in November, which Sarah facilitated, the feedback from across the leadership group was overwhelming, with comments such as: “Sarah is by far the best consultant we’ve ever worked with”, “Sarah was amazing at getting to the crux of the problem and helping us to workshop it”.

Since then, Sarah has continued to support us and has again facilitated another leadership event this year, which again got rave reviews from the team but, importantly we were for the first time really discussing the important issues, which was all down to Sarah’s involvement in the pre-work, agenda and then the delivery of the two and a half day session.

Sarah is able to effectively balance the delicate nature of challenging senior leaders to get them to think and act very differently when they return to the workplace. This is an extraordinary skill that is not to be underestimated.

As a People & Culture Manager in a stand-alone HRM position it’s very hard at times to work through some of the complex issues and problems that all organisations face from a people perspective. Since November, Sarah has become a trusted advisor for me in many ways, she has a way of breaking down the issues and workshopping them through and provides wise counsel of which we (and I) have hugely benefited from.

Overall, Sarah has had a huge impact on our business and we’re looking forward to continuing our partnership with Sarah and KEASE International in to the future. 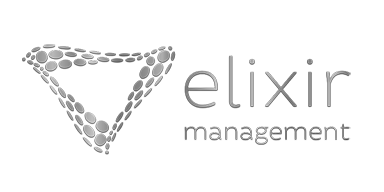 As a provider we aim to offer continuous growth and development in our company through various training methods. Sourcing a training facilitator to cater for the different levels of capacity within the industry is extremely challenging. Five years ago, I attended a training session with Sarah Yip who not only inspired but challenged me through her session, five years later, I continue to use her vast array of training and services in every company I have worked for. Each business requiring different outcomes from each session.

A great testament to Sarah is her ability to listen to a small briefing (I don’t have a lot of time) of what we are looking for in each individual training session and tailor it in alignment with out companies’ vision and values, this immensely supports us as a company to eliminate any mixed messages on expectations.

At each of our training sessions we offer a feedback form and every session we are requested by employees for her to attend again. She greets the team with a warm and welcoming energy and connects with each individual ensuring that everyone gets the most out of her sessions.

Her interpersonal skills, knowledge, professionalism and humour merge to keep you captivated anywhere from a few hours to a whole day session. While being very observant of the team, she will often support anyone who might be challenged through the session ensuring that everyone is feeling confident and full of knowledge prior to leaving each session.

I would highly recommend Sarah to any company or individual seeking growth and development for their teams. 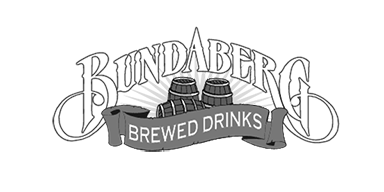 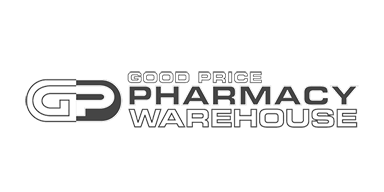 I am passionate about creatively turning ideas into business realities. I thrive at helping and mentoring others to do the same.

I work with Senior Managers and business who have the challenge of bringing all things Digital, AI and Robotics into their organisation to stay current and modern. I help them plan for this transition at the strategic, operational and cultural levels.

I am your ‘no-BS’confidential advisor and coach – with a long history of working with ASX200 companies. I am sought-after for my straight-forwardness and objective assessment and advice.

I work with C-Suite and senior leaders who face the challenge of navigating modern business transformation. Armed with an objective eye and a big picture focus, I distil complex scenarios into actions that are easy to understand and implement.

I am passionate about gamification – using psychology principles to solve people problems. 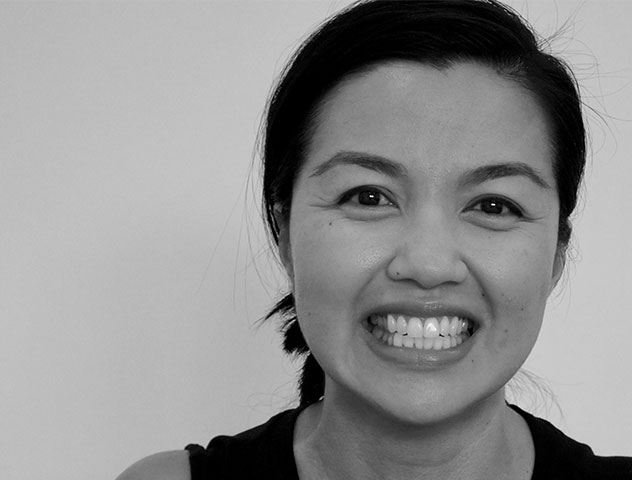 I am passionate about helping leaders with their administrative needs that is required in maintaining, sustaining and growing a business.

I work with organisations to document processes and work with you on creating business process efficiencies. 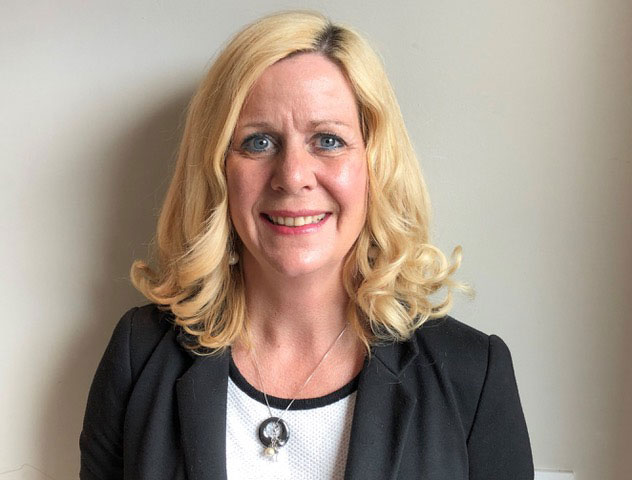 I am passionate about helping people thrive at work and in their lives.

I work with educators, employees, managers and leaders who have the challenge of understanding and supporting positive mental health and wellbeing in the workplace.

I help to show employees skills on self-awareness and self-management with an emphasis on maintaining a healthy balance with work and life.  I help managers and leaders create a workplace culture that promotes and fosters wellbeing. 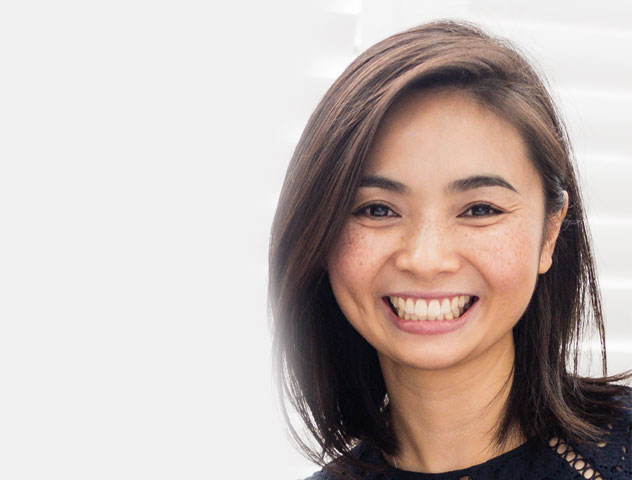 I am passionate about people developing fulfilling careers.

I provide coaching for senior professionals seeking development and transition. Through a human centered approach, I help clients build rewarding careers by challenging their thinking and increasing awareness of self.

I attended a leadership program facilitated by Sarah Yip of KEASE International because my career path was starting to include leadership aspects that weren’t covered in my technical qualifications.

Sarah helped me by coaching me over the course of 12 months in the fundamental skills of leadership that I needed to take the next step in my career. She helped fill in the gaps of knowledge I did have around making people and processes, corrected a few misconceptions along the way and gave me a framework that I could use to see the bigger picture.

The result was that I was able to immediately apply the concepts covered with the confidence to get results. Within a year I was successful in an application for a Senior position and am now the leader of a talented and diverse team working across multiple sites. My daily work involves stakeholder engagement, expectations management, budgeting, project management, work scoping, performance management, pitching ideas and mentoring of the team.

Sarah was able to create a safe and encouraging space for a very diverse group to contribute in ways that they wouldn’t normally feel comfortable. She was also able to very quickly understand the group dynamic and the needs of the individuals in the group and expertly tailored her delivery of the material to suit the audience.

I found the experience extremely rewarding as it highlighted my skill areas that needed work and provided me the tools to work with these challenges to overcome them.

I would recommend Sarah Yip of KEASE International to people whose career is moving forward and want to be able to proficiently lead a technical team in this ever changing business world.